In the 2017 edition of the rating publication Chambers Europe Plesner has strengthened its position and is now placed in the highest category, band 1, in 11 legal areas.

In addition to Plesner retaining its top position in ten other key legal areas, Plesner's TMT (Technology, Media and Telecoms) team has moved up and is placed in the highest category. This happens after a number of years where the team has been building up market leading qualifications in respect of personal data law and has been assisting clients with several complex IT and outsourcing agreements. 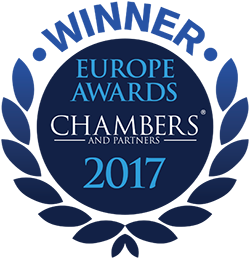 Chambers and Partners has been ranking the best lawyers since 1990, and now covers 185 jurisdictions. The analyses are conducted by more than 170 editors and researchers.

An independent survey among 20,000 in-house lawyers from around the world places Chambers firmly as the leading and most important rating agency in the law profession.